You are here: Home / Archives for violation 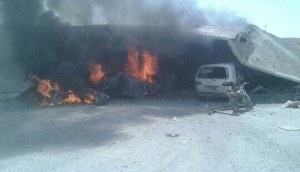 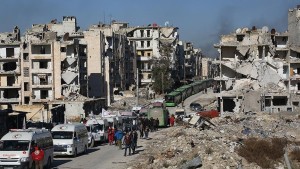 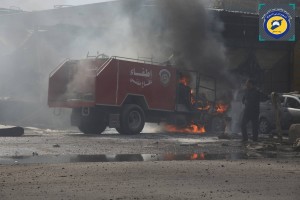 As part of its continuous violation of the ceasefire, which has now entered its twelfth day, the Syrian regime bombed the city of Douma (rural Damascus)with artillery, killing six people and injuring 15 others. The artillery bombing also targeted a fire engine belonging to the civil defence of the Eastern Ghouta, burning it down completely […]

One hundred and five civilians were killed in Syria on Thursday 10/10/2013, among them 23 women and 13 children. The largest number of killings took place in Aleppo in which 37 were killed, among them 18 from the village of Al-Safeera (rural Aleppo) who died due to the heavy bombing which targeted the village. Seven […]