You are here: Home / Archives for torture to death 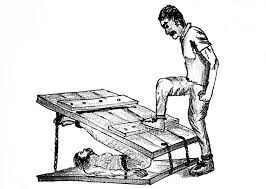 Methods of torture in Syria  The total number of victims that SHRC was able to document today Thursday 12-7-2018 reached 22 people among them 5 children, 1 woman and 9 died under torture. In the province of Idlib, 6 people were killed, three among them due to the shelling of Kanisat-Bani-Izz village, 2 were assassinated […]