You are here: Home / Archives for thermal missile

Bulldozer was targeted in Idlib suburb killing his operator  The total number of victims SHRC was able to document in Syria on Thursday, 23-8-2018, reached 3 persons including 1 child and 1 died under torture. In the province of Deir ez-Zor, a child was killed by a landmine left by ISIS in the village of […] 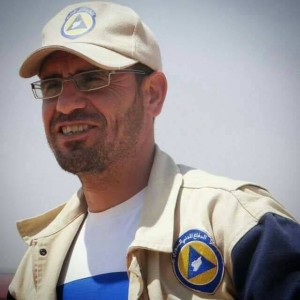 The death toll in Syria on Saturday 21/01/2017 reached 26 deaths including three children, a woman, and one killed under torture. In Homs, nine civilians were killed, seven in a car bomb explosion in al-Rukban camp on the Syrian-Jordanian border, and two in clashes with government forces. Idlib witnessed the killings of four civilians […]

The death toll in Syria on Wednesday 16/03/2016 reached 15 deaths including two women, and three killed under torture. In rural Damascus, five civilians were killed; two when their car was targeted with a thermal missile by regime forces, one shot by regime forces while grazing shelling, and two under torture in a government […]

The death toll in Syria on Saturday 13/02/2016 reached 50 deaths including eight children, five women, and one killed under torture. Aleppo witnessed the killings of 18 civilians; nine in shelling on Tal Raf’at, Dahiyat al-Kahraba and the village of Susiyan, five in the targeting of a bus on al-Kastilo road with a thermal […]

The death toll in Syria on Tuesday 24/11/2015 reached 34 deaths including three children, two women, and two killed under torture. In the capital Damascus and its suburbs, 11 civilians were killed; eight in shelling – the majority in the town of Deir Al-Asafeer, two in a bomb explosion, and one as a result […]