You are here: Home / Archives for targeting hospitals

The total number of victims (which we were able to document) in Syria on Wednesday 03/01/2018 reached 47 deaths including nine children and 18 women. In Rif Dimashq province, 32 people were killed after the towns and cities of Eastern Ghouta were bombed: Twenty due to Russian bombing of Misraba town, eight in Arbin city, […] 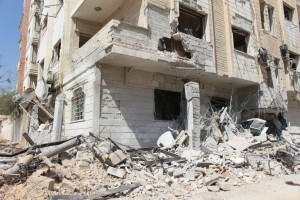 SHRC Lens The centre is one of a kind in Ghouta, located in Douma city within eastern Ghouta in the Rif Dimashq province. It is a healthcare centre with nursing and diagnostic services, equipped with sports and physiotherapy equipment. Additionally, it hosts a training and educational rehabilitation centre for registered patients, where the centre offers courses […] 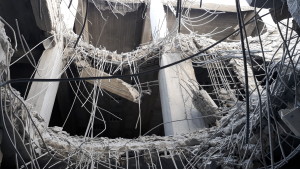 SHRC Lens Sham Hospital is located in the southern outskirts of Kafr Nabl city within the southern rural Idlib province and is governed by the Hama Health Directorate. The hospital serves around 600,000 people residing in rural areas of Hama and Idlib. It receives around 4000 patients and conducts 400 surgeries per month. It also contains […]

The death toll in Syria on Tuesday 03/05/2016 reached 69 deaths including seven children and nine women. A staggering 45 civilians were killed in Aleppo; 17 in shelling on al-Sukari and al-Firdaws neighbourhoods (Aleppo) and the towns of Haritan, Andan, Yaqid al-Ads and al-Buida al-Saghir (rural Aleppo), 14 in mortar shelling on government controlled […]

The death toll in Syria on Wednesday 27/04/2016 reached 66 deaths including 11 children and four women.   A staggering 48 civilians were killed in Aleppo; 20 in the targeting of al-Quds Hospital in al-Sukari neighbourhood, six in shelling on old Aleppo neighbourhoods, 12 in mortar shelling on government controlled al-Jamiliya, al-A’damiya and al-Ismailia neighbourhoods, […]

The death toll in Syria on Monday 10/08/2015 reached 15 children, six women and one killed under torture. In Aleppo, 25 civilians were killed; 14 in mortar shelling on areas under government control, six in a suicide attack carried out by ISIS in the city of Mari’, three in clashes with ISIS and two […]

The death toll in Syria on Friday 07/08/2015 reached 53 deaths including six children, 12 women and three killed under torture. In the capital Damascus and its suburbs, ten civilians were killed; six in clashes with government forces, one in shelling, another in a mine explosion – remnants of the regime, one under torture […] 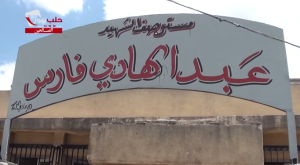 Today, at 10am, ‘The martyr Abdul-Hadi Faris Infirmary’ was targeted with bombing of explosive barrels in al-Ma’adi neighbourhood (Aleppo). The bombing led to the killings of four civilians from the area surrounding the infirmary and also extensive material damage of the infirmary. However, no deaths were recorded from inside the infirmary. The past few weeks […] 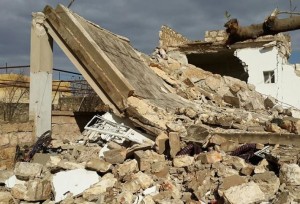 Six civilians were killed in warplane shelling on Al-Faruq Hospital in the city of al-Baab (rural Aleppo), which is under ISIS control. The shelling led to tens of injuries, most of them patients and health care personnel.