You are here: Home / Archives for targeting children

On Wednesday 10/01/2018, SHRC’s well-informed sources reported 39 civillian deaths in Eastern Ghouta, Rif Dimashq. Thirteen civilians were killed after dual-bombing by the regime and the Russian air force, including seven children and four women, whilst in Saqba, three civilians were killed and five buildings were destroyed, collapsing upon their inhabitants and most likely increasing the death toll. […]

On Sunday 07/01/2018, Russian air raids targeted a chicken farm located west of Al-Baara region in southern rural Idlib, killing the owner, Majid Halaq, and a child of his, whilst also injuring his wife’s head and another two children. SHRC strongly condemns the Russian air force’s crimes against safe civilians in the towns, villages and cities of […]

Eye witnesses in Kafr Nabl town, rural Idlib, reported the death of three: a woman and two children (one of whom was an eight year old), in addition to several injured due to an air raid by a Russian ‘Sukhoi Su-24’ warplane on the town. In addition to this, the heavy air raids by the […]

Civil defence activists and eyewitnesses reported that Global Coalition warplanes caused a horrific massacre on Sunday 31/12/2017, killing a family in eastern rural Deir ez-Zor. They stated that the airstrikes targeted Al-Susu village in rural Al-Bukamal, within eastern rural Deir ez-Zor, killing a family consisting of 12 members including women and children. Additionally, the displacement of […] 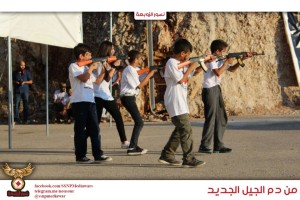 The party mourned the minor combatant in their propaganda publication The Syrian Social Nationalist Party in Lebanon, of the parties affiliated with the Syrian regime, mourned one of its combatants killed in Syria whilst fighting besides the regime’s forces. According to the party’s announcement, the fighter, Mohamed Hassan Al-Na’saan, was killed in Douma city on […]

The death toll from air raids between November 25th – 28th this year on Rural Al-Bukamal city in Eastern Rural Deir ez-Zor has reached over 80 civilians . In Al-Shafah town, near Al-Bukamal city, victims included large numbers of women, children, and entire families such as the families of: Adil Al-Shabaan, Mawlud Al-Shabaan and Khalid […]

The Syrian regime’s’ forces and Russian warplanes carried out horrific massacres in the towns of Eastern Ghouta, in Rif Dimashq. Regime forces bombed the towns of Douma, Harasta, Misraba and Ain Tarma with surface-to-surface missile launchers and Thermobaric bombs. Russian warplanes supported them in air by dropping missiles and causing great destruction to the centre […] 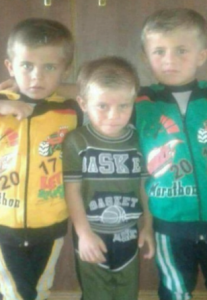 Four children were killed when the remnants of a cluster bomb exploded in Kafr Sajna town, in southern rural Idlib. The remnants, which had been found in a farmland, are believed to be the result of a previous Russian bombing of the town. Three of the children, two of whom were twins, were named: Asma Rajab, […] 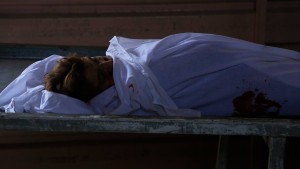