You are here: Home / Archives for Tadmur Prison 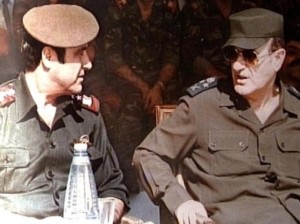 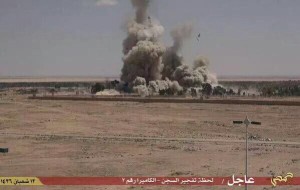 Days following its publishing of images claimed to be from Tadmur Prison, ISIS published images today of its bombing of the same prison. The images showed armed men planting explosives in the prison, before bombing it. The bombing operation was recorded from a number of cameras surrounding the prison. ISIS did not give any reason […]

The Syrian political activist Faris Murad has passed away after six decades of endurance and suffering. He spent half his life in prison simply because he shared the same views as that of the Syrian regime on building a united arab society and on the priority of the Palestinian issue. However, these ideas of his […]

The Syrian Human Rights Committee has learned from a source inside Sednaya Prison that members of the military police changed the locks on all the prison cells on the night of the 4th of July 2008. The following morning, an additional back – up force arrived at the prison. A search of the prison quarters […]

The Syrian Human Rights Committee (SHRC) has learnt from an informed source in Aleppo this morning of the death of the ex-detainee Abdul Sattar Qattan (68 years) whilst washing his kidneys in hospital. Abdul Sattar Qattan had spent three terms of prison over more than 20 years due to his opinions and creed, and was […]

The official spokesman for the Syrian Human Rights Committee said today:” the massacre of Sednaya prison is an undisputable truth, and because the Syrian authorities were unable to deny it, they resorted in their official statement –which was no longer than three lines- to distort the facts with invalid allegations.  They do not dare to […]

The Syrian Human Rights Committee (SHRC) has received a call from a live witness at Sednaya Prison, who informed the committee that regiments of the military police had entered the prison yesterday night, 4/7/2008, and had set about replacing the locks of all prison cells with larger ones that would be more difficult to break […]

The Syrian Human Rights Committee (SHRC) has learnt from numerous sources in the Syrian capital, that detainees in Sednaya Military Prison, west Damascus, are being subjected to a massacre in which dozens have been killed and injured. Although the prison and intelligence authorities have taken measures to keep this matter discreet, the sources have confirmed […]