You are here: Home / Archives for Tadmur (Palmyra) prison 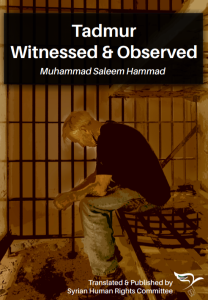 In this book : ‘Tadmur: Witnessed & Observed’,  Muhammad Saleem Hammad recalls his 11-year horrific ordeal in the Syrian prisons which summarises the suffering and ordeal lived by many thousands of Syrian citizens under the dictatorship rule of Hafiz Al-Asad. The Syrian regime denied consistently the existence of conscience and political detainees in Syrian jails, […] 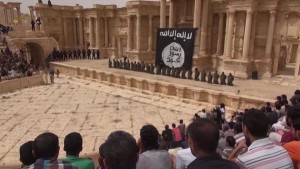