You are here: Home / Archives for shot by Turkish gendarmes

Amer Ramadan / Damascus – Jobar neighbourhood /killed by random bullets shot by opposition factions in the city of Afrin The total number of victims documented by the Syrian Human Rights Committee in Syria on Saturday 21st  September 2019, reached 5 people including a child and a person killed under torture. In Deir Ez-Zor province, […] 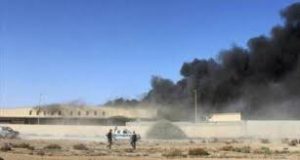 Shelling the city of Khan Shykhun The total number of victims documented by the Syrian Human Rights Committee on Tuesday 26-2-2019 reached (8) people, of whom (5) children, (2) women and (1) died under torture. In the province of Idlib, 5 people, including three children and two women, were killed in the shelling of Khan […]