You are here: Home / Archives for September 2019 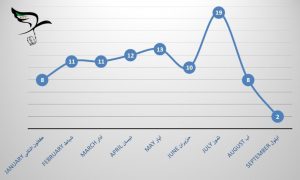 The Syrian Human Rights Committee documents 2 massacres in Syria in September 2019, which the lowest number of massacres committed in the country this year and the lowest since April 2011. 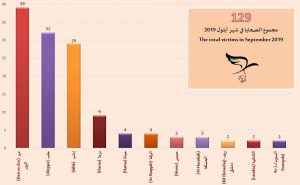