You are here: Home / Archives for September 2016 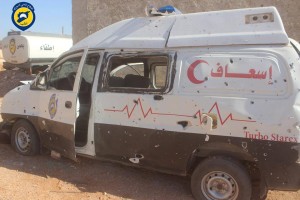 The Syrian Human Rights Committee (SHRC) has documented the targeting of nine hospitals and medical points during September 2016, in the highest number of attacks on hospitals to have taken place within one month during 2016. Four of the targeted hospitals were in Aleppo and three in Idlib, whilst one was in Hama and one […]