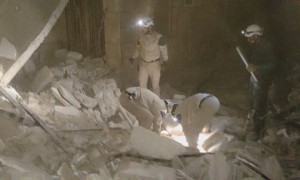 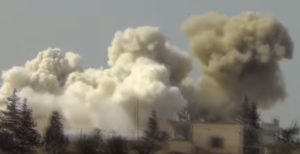 War planes, thought to be Russian, continued their intense bombing of the northern Homs countryside this morning, and in particular, on areas with a high concentration of civilians, matter which is causing a great wave of displacement in the area. The majority of the residents of Teir Ma’alah- the town with the highest population in […] 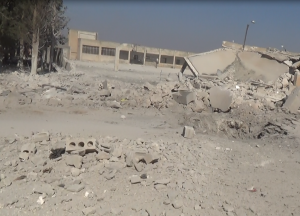 Towns and villages of rural Idlib were subjected to violent attacks by war planes and helicopters, resulting in the death of at least 13 people. War planes, thought to be Russian, targeted residential areas of Sarmeen, in Idlib. After the arrival of members of the civil defence to rescue the injured from beneath the rubble, […] 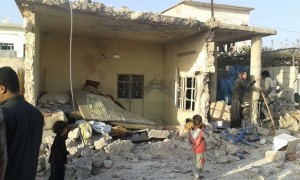 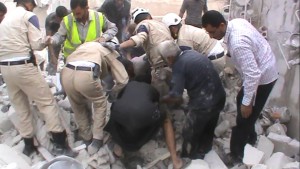 Russian war planes targeted a residential area in Khan Sheikhoon, rural Idlib, killing two people so far, and injuring five others. Following the air strike, the Syrian army fired a number of artillery shells on the area, causing great destruction to the buildings. 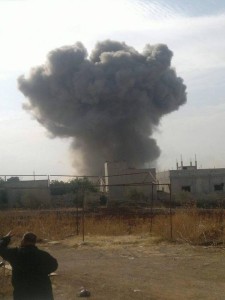