You are here: Home / Archives for rockets 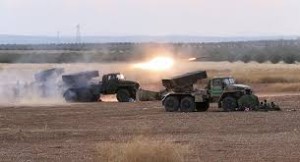 Rocket launchers The total number of victims in Syria on (Wednesday 16/5/2018) as documented by SHRC is 23 people including 1 child and 3 women. In the province of Hama, 9 people were killed including 7 when two vehicles were targeted by rockets at the outskirts of al-Mansoura village, and 2 due to the shelling […] 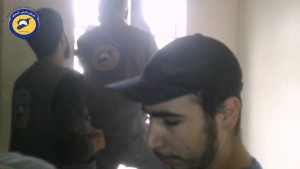 Regime forces have targeted the residential districts of Douma (rural Damascus) with artillery shells and rockets, killing nine people and injuring dozens of others. The Directorate of Education in the city has announced that schools will be closed for the rest of the day due to the intense bombing. Victims identified include: Ibrahim al-Nabulsi Akram […] 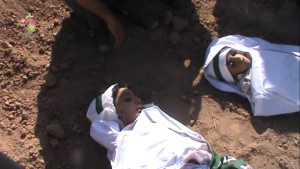 Cities and villages of the Eastern Ghouta have been subjected to violent bombing by war planes and helicopters, dropping internationally prohibited cluster bombs, as well as barrel bombs and rockets. In the city of Douma, which lies in the Eastern Ghouta, three children were killed after suburbs of the city were bombed with cluster bombs. […] 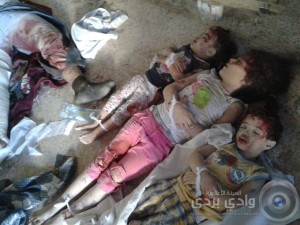 Villages of the Bardaa Valley in rural Damascus were subjected to widespread bombing on Saturday, leading to the death of 35 people and tens of injuries. The villages of Basimah, Ain al-Fijah and Kafeer al-Zeit were subjected to bombing with explosive barrels, rockets and heavy and medium sized artillery on Friday evening and until Saturday […]