You are here: Home / Archives for Quneitra 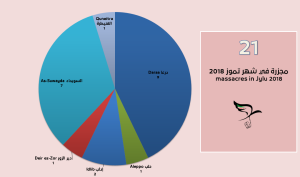 The Syrian Human Rights Committee has documented 21 massacres in the month of July- 2018. The province of Daraa came first for the second consecutive month in the number of massacres that reached (9), followed by the province of Asswaida by (7) massacres, which outnumbered all the massacres witnessed in the province since 2011. For […] 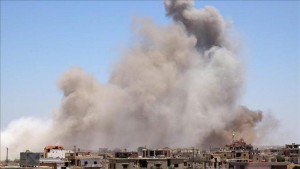 Helicopter aircrafts targeted a school sheltering displaced people in the village of Ain al-Tinah in Quneitra with explosive barresl, killing 11 people and injuring dozens of others. The village is 8 km from the border with the occupied Golan. Among the victims is a displaced family from the town of Haarra in Daraa suburbs, the […]