You are here: Home / Archives for poisonous gases 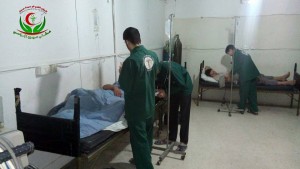 The Jobar district of Damascus was bombed with poisonous gases on Thursday evening, leading to many cases of suffocation amongst both fighters and civilians in the district, which falls under the control of armed opposition battalions. The Arbeen Surgical Hospital reviewed four cases of suffocation, one whom died immediately upon being given first aid, whilst […]

The death toll in Syria on Thursday 06/08/2015 reached 34 deaths, among them four children. In Aleppo 16 civilians were killed; four in shelling on Bustan al-Basha (in the city) and Darra Azza (in the suburbs), six in clashes with ISIS, four in clashes with government forces and two in a mine explosion, planted […]

The death toll in Syria on Tuesday 21/07/2015 reached 71 deaths including seven children, seven women and five killed under torture. In the capital Damascus and its suburbs, 23 civilians were killed; 11 in clashes with government forces, eight in shelling on al-Maqilibiya, Arbeen and al-Zabdani, two due inhaling poisonous gases, one shot by […] 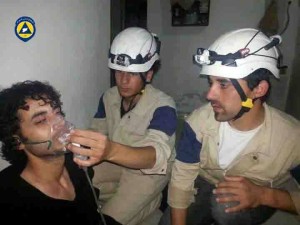 The death toll in Syria on Saturday 02/05/2015 reached 49 deaths including, 14 children, three women and three killed under torture. Deir Azzour witnessed the killings of 16 civilians, 15 in warplane shelling on the village of al-Hatila and the Old Airport district and one in clashes with government forces. In Aleppo, eight civilians were […] 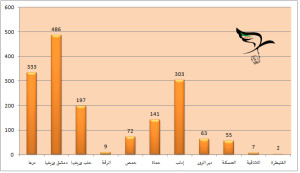 The Syrian Human Rights committee documented the killings of 1670 civilians in March 2015 across various Syrian provinces. The causes of their deaths include: inhaling poisonous gases, bombing of explosive barrels, clashes with government forces and ISIS, and the siege imposed by government forces on eastern Ghouta and southern Damascus. SHRC also documented the […] 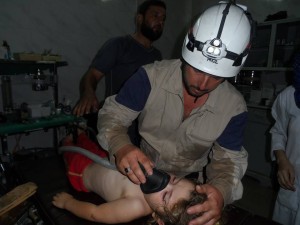 Regime helicopters dropped four poisonous explosive barrels on Monday evening on the town of Sarmin and the village of Qaminas (rural Idlib), killing six civilians including a man, his wife and their three children and 70 civilians transferred to the field hospital due to suffocation. The field hospital was later evacuated due to the […]

The total death toll in Syria on Tuesday 04/11/2014 reached 53 deaths including seven children, six women, two killed under torture and four in field executions. In the capital Damascus and its suburbs ten were killed; among them were two children due to shelling, three in clashes with government forces and two were executed on […]

The total death toll in Syria on Saturday 25/10/2015 reached 51 deaths including 18 children, three women, three killed under torture, one from poisonous gases and a journalist. In the capital Damascus and its suburbs 14 civilians were killed; 11 in shelling on the towns of al-Ghouta and eight were killed in shelling on the […]