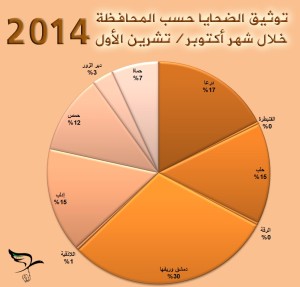 The Syrian Human Rights committee documented the killing of 1567 deaths in the month of October 2014 in various Syrian provinces. Where there were many causes of deaths ranging from bombing of explosive barrels, surface to surface missiles and clashes between opposition and government forces. In addition to lack of food and medical supplies due […]