You are here: Home / Archives for mosque 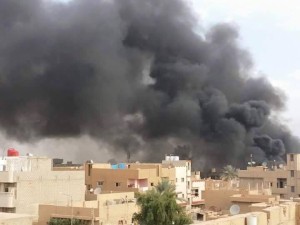 War planes, believed to be Russian, targeted the Muqbi market and Omar Ibn al-Khattab mosque in the city of Albukamal (eastern rural Deir Azzour), controlled by ISIS. The bombing led to the death of at least 18 people, and the injury of no less than 30 others according to the estimates of activists in the […] 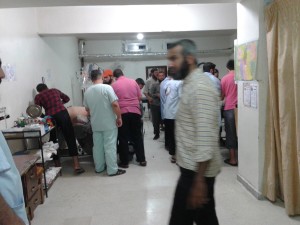 The first day of Eid-ul-Fitr witnessed several massacres committed by war planes of the Syrian regime on the cities of rural Aleppo, leading to the death of at least 15 people, half of them children from the city of al-Baab and its suburbs and from the village of Daarat Ghaza. Helicopters dropped two explosive containers […] 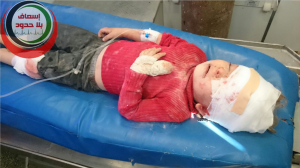 Four helicopters targeted the city of al-Baab in eastern rural Aleppo, causing a massacre which killed 35 civilians and left tens injured. The helicopters released eight barrel bombs in different locations across the city. The bombs were all dropped within less than an hour, on Sunday morning. The bombs targeted the fuel market in the […] 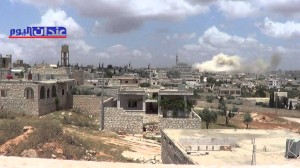 The Mosque of Hamza Ibn Abdul Mutalib in the city of Andan (rural Aleppo), was targeted by two explosive barrels whilst full of worshippers during the Friday prayers, leading to severe destruction of the mosque, the death of two worshippers, and the injury of dozens of others. The two barrels fell shortly after one another […] 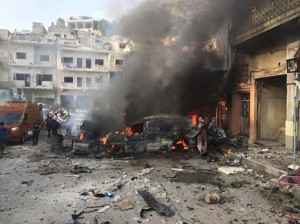 The Rawdah Mosque in the village of Darkoush, rural Jisr al-Shughoor was subjected to three vacuum missiles, leading to the death of at least 20 civilians and leaving tens injured. The massacre came hours after armed opposition battalions gained control of the Mastoumah military camp in Rural Idlib. Some of the names of the dead […] 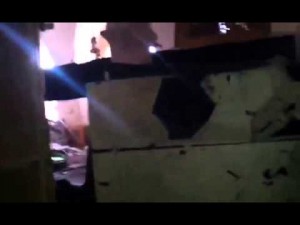