You are here: Home / Archives for mortar shells

The total death toll in Syria on Monday 8/12/2014 reached 45 deaths including three children, three women and two killed under torture. A staggering 22 civilians were killed in the capital Damascus and its suburbs; 16 died as a result of air strikes on Douma, Hamuriya and Arbeen, two were executed at the hands of […] 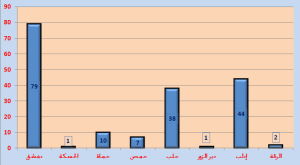 Seventy were killed in Syria on Friday 19/9/2014, among them seven children, eight women and one killed under torture. In the capital Damascus, 14 were killed, among them 10 that were killed in clashes with regime forces in the Eastern Ghouta, three that died due to shelling and one that was killed by a regime […]