You are here: Home / Archives for military field court 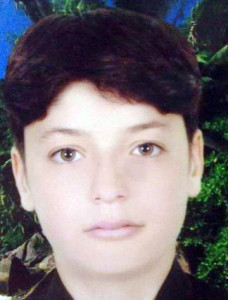 The Syrian Association for the Defence of Human Rights (SADHR) has come to know that the Military Field Court had issued a death sentence against the child Mohammed Fayadh al-Uzub (16 years) from Daraya, more than two weeks ago. He was accused of being a member of a terrorist group. and later, his sentence was […]