One hundred and twenty-seven civilians were killed in Syria on 14/10/2013, among them ten women and fifteen children. The largest number killed was in the city of Idlib, which witnessed a massacre against the families of Darkoush (rural Idlib) in which 40 were killed due to the explosion of a car in the village market. […]

The number of people killed in Syria on Thursday 3/10/2013 reached 78 civilians, among them six women and four children. The largest number killed was in Damascus and its suburbs in which 15 civilians were killed, among them six who died under torture. In al-Hasaka, ten were killed after they were ambushed by Syrian regime […] 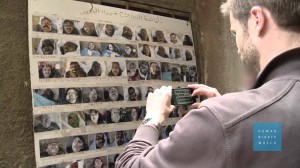