You are here: Home / Archives for mass grave 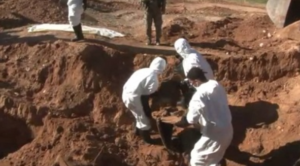 The Syrian regime discovered a mass grave of about 100 decomposing corpses in the Green Belt area in the western Albokmal countryside in Deir ez-Zor province. According to the signs on the bodies, it is believed they were executed with close range fire. Some bodies also showed signs of torture. The bodies are thought to […] 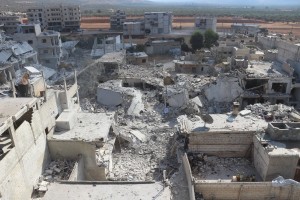 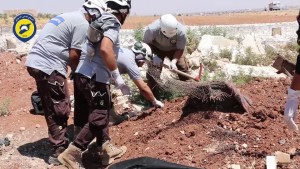 The death toll in Syria on Friday 21/10/2016 reached 27 deaths including six children and two women. Aleppo witnessed the killings of seven civilians, six bodies were found fragmented in a mass grave in the town of Soran (rural I’zaz), and one in shelling on al-Intharat neighbourhood. In Idlib, ten civilians were killed in shelling […]

The death toll in Syria on Friday 28/08/2015 reached 42 deaths including four children, three women and two killed under torture. In the capital Damascus and its suburbs, 11 civilians were killed in mortar shelling and airstrikes on the towns of eastern Ghouta. Among the victims were two women and a child. Aleppo witnessed […]

The death toll in Syria on Saturday 07/03/2015 reached 61 deaths including ten children, five women and 11 killed under torture. A staggering 22 civilians were killed in Damascus and its suburbs; seven in shelling, six in clashes with government forces, one as a result of lack of medicine due to the siege imposed on […]