You are here: Home / Archives for local convoy 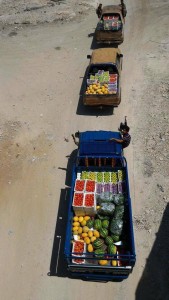 A humanitarian aid convoy from Idlib entered the city of Aleppo, hours after batallions of the armed opposition broke the siege which had been enforced by regime forces and their foreign allies on 7/8/2016 The convoy, which had been sent by local organisations from the province of Idlib, was made up of a number of […]