You are here: Home / Archives for killed by unknown group 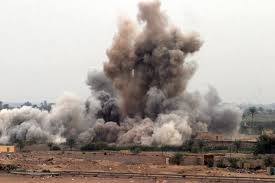 The total number of victims documented by the Syrian Human Rights Committee (SHRC) on Thursday 14-02-2019 reached two persons. In the province of Deir ez-Zor, two persons were killed: One by a landmine left by ISIS in al-Ramadi village, and the other by unknown group who abducted him and demanded a ransom from his family. […]

Town in Rif Dimashq (Damascus suburbs) being destroyed by the Russian and regime forces The total number of victims SHRC was able to document in Syria on Friday, 147-8-2018, reached 2 including 1 who died under torture. In the province of Hasakah (1) was killed and robbed by unknown group in the area of Jabal […]