You are here: Home / Archives for Khan Sheikhoon 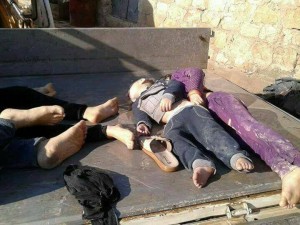 The death toll of the Khan Sheikhoon massacre, committed by Syrian regime war planes on Wednesday, is currently standing at 83 victims, amongst them 28 children and 19 women. This death toll is not final, and will most likely continue to rise. Names of victims identified include: Ibrahim Mohammed Hasan al-Yusuf Ahmed Ibrahim al-Yusuf Ahmed […] 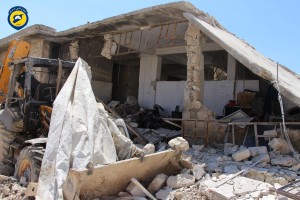 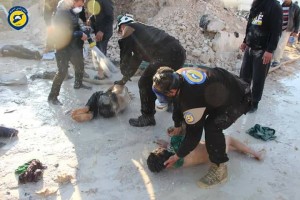 Helicopters targeted the city of Khan Sheikhoon in rural Idlib with explosive barrels laden with a poisonous gas believed to be Sarin. According to primary data released by the civil defence, the number of those injured exceed 100. This is whilst the number of victims has not yet been confirmed. 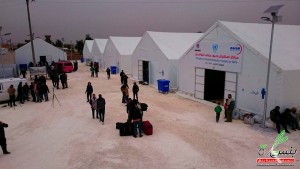 The coaches carrying those forced to migrate from Khan Sheikhoon (rural Damascus) arrived into Idlib today, as part of the agreement which took place between the town’s committee and the regime. The migrants consist of 1450 men, 589 women, and 900 children from the town, accompanied by 25 ambulances carrying those injured from bombings and […] 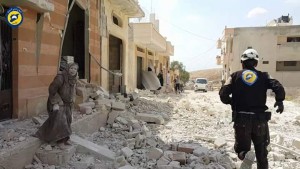 War planes targeted the city of Khan Sheikhoon in rural Idlib with three cluster bomb air strikes as worshippers finished their Friday prayers and filed out of the mosques. Three people were killed as a result, including two children, and several others were injured. These air strikes have taken place despite the American-Russian ceasefire which […] 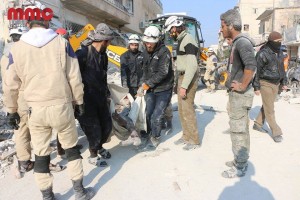 War planes, believed to be Russian, targeted residential areas in the city of Idlib, killing approximately 40 people, whilst local sources say that the number of those killed reached 70 people. In rural Idlib, the city of Khan Sheikhoon was also attacked with artillery shelling, killing three people. The civil defence mourned one of its […]