You are here: Home / Archives for June20 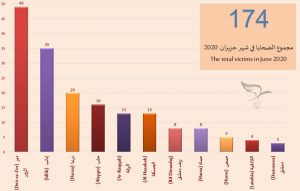 The Syrian Human Rights Committee (SHRC) in Syria has documented the killing of (174) people during the month of June 2020, including (15) children and (4) women, and (90) people who were killed under torture, most of whom were identified through photos that Caesar leaked. The regime forces were responsible for the killing of (97) […] 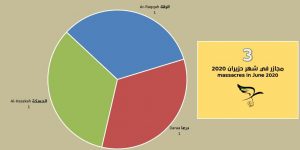 The Syrian Human Rights Committee (SHRC) has documented three massacres in Syria in the month of June which occurred in the provinces of al-Hasakah, al-Raqqa and Daraa. All of them were committed by unknown perpetrators. Two massacres occurred due to unknown source explosions, while the third massacre was committed by unidentified gunmen.