You are here: Home / Archives for Iranian general 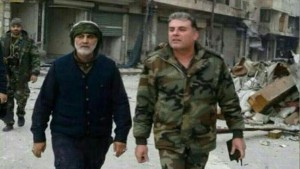 Iranian, Lebanese and Iraqi militias summarily executed 14 displaced people from among the 800 displaced people that were on a convoy stopped at ‘Uqdat al-Ramousah, and which had been on its way from the besieged districts of eastern Aleppo to rural western Aleppo as part of an agreement reached with Russia. According to Iranian websites, […]