You are here: Home / Archives for internally displaced people 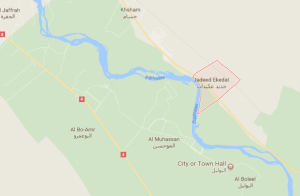 War planes of the International Coalition targeted a camp for displaced people close to the town of Jdeidat ‘Akidat in eastern rural Deir Azzour, resulting in the deaths of tens of displaced people. According to local activists, the number of victims reached over 100. SHRC has not been able to verify the number and names […] 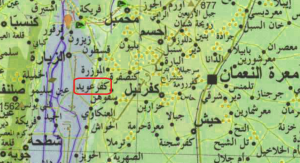 On Saturday, warplanes targeted a gathering of displaced civilians in the village of Kafr Aweed (rural Idlib) with vacuum missiles. The bombing led to the killings of at least 30 civilians and wounding dozens of others (majority of them displaced from Sahl al-Ghab). Names of the victims documented from the massacre: 1-    Malik Mahmood Al-Dahir […] 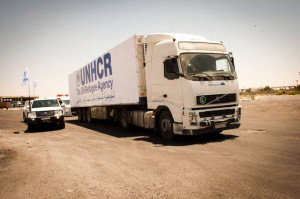 The Security Council issued resolution no. 2165 which is specific to entering humanitarian aid into Syria via four points: two in Turkey (Bab al-Salaam and Bab al-Hawa), one in Iraq (al-Ya’rouba), and one in Jordan (al-Ramtha). This resolution is the first UN decree which allows the entering of humanitarian aid via crossings which do not […]