You are here: Home / Archives for idlib

Two children were killed in their way to school  New Massacre in Ariha & Civilian Victims in Dozens In a preliminary outcome of new massacre committed by the Assad regime forces in the city of Ariha, Idlib southern countryside, 10 civilians, including women and children, were killed, and forty others were wounded. The artillery and […] 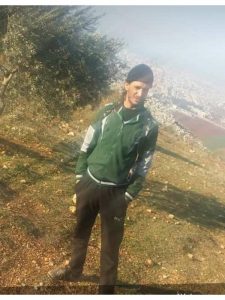 waves of displacements from Idlib’s towns towards the north Idlib province is witnessing a big wave of displacement as a result of the military campaign carried out by the regime forces backed by Russian warplanes on the province since the beginning of this month, and which was escalated significantly during the past week. According to […] 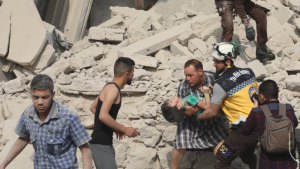 Death & Destruction caused by the Syrian regime & Russian air strikes The total number of victims documented by the Syrian Human Rights Committee in Syria on Friday 21-12-2019 reached 9 people, including: 2 children and 1 woman. In Idlib province, 9 people were killed due to the bombing of the cities and towns of […]

The total number of victims documented by the Syrian Human Rights Committee in Syria on Thursday 19-12-2019 reached (24) people, including: (6) children and (3) women. In Idlib province, 17 people died due to the bombing of the cities and towns of the province, where the victims were distributed as follows: (7) people in the […]

Bazabor town, Idlib The total number of victims documented by the Syrian Human Rights Committee (SHRC)  in Syria on Wednesday 4-12-2019 reached 8 people including 2 children, 1 woman and 1 person killed under torture. In Idlib province, 6 people were killed due to shelling on the towns of Kafar Sijnah, Ma’rat Hurma and Bazabur […] 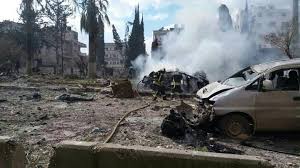 The total number of victims documented by the Syrian Human Rights Committee (SHRC) in Syria reached two persons on Saturday 30-11-2019. In Idlib province, two people were killed, one of them due to previous shelling on Saraqeb city and the other by an explosive device on the road between Idlib city and Sarmeen city. SHRC […]