You are here: Home / Archives for hezbollah

Lebanese authorities hand over new group of Syrian refugees The Lebanese authorities continue their violation of international conventions by returning Syrians fleeing the war to Assad’s regime army, to be arrested, tortured and imprisoned. They may die under torture or due to medical negligence, the spread of diseases and malnutrition. Yesterday, a unit of the […] 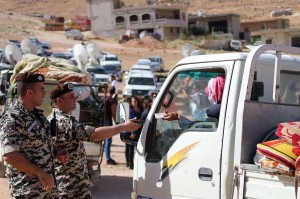 The total number of victims (which we were able to document) in Syria on Monday 20/11/2017 reached 35 deaths including 12 children and two women. In rural Damascus, 15 civilians were killed; 11 in shelling on the towns of Kafr Batna, Madira, Humriya and Arbeen, two as a result of the siege on eastern […]

The death toll in Syria on Monday 31/07/2017 reached 26 deaths including three children and a woman. In Deir Azzour, eight civilians were killed, six executed at the hands of ISIS, and two from wounds sustained in previous shelling on the town of al-Dablan. Furthermore, seven died in Ar-Raqqah; three in international alliance shelling, […]

The death toll in Syria on Thursday 27/07/2017 reached 39 deaths including 11 children and four women. In Deir Azzour, 15 civilians were killed; 11 in international alliance shelling on al-Bukamal, two executed at the hands of ISIS under charges of homosexuality, one run over by an ISIS vehicle, and a woman shot by […]

The death toll in Syria on Thursday 09/03/2017 reached 69 deaths including four children, five women, and one killed under torture. In Deir Azzour, 21 civilians were killed, 18 in Russian shelling targeting al-Mayadeen, three executed at the hands of ISIS under charges of smuggling civilians outside of ISIS areas and associating with Shiite […] 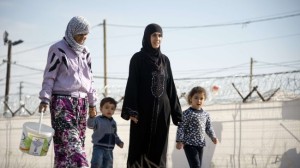 Since 2011, Syrian women have paid a very high cost as a consequence of the violations and crimes committed continuously in the country. An indispensable part of the Syrian tissue, women have been exposed to violations which do not distinguish between men and women, young and old, such as random bombardment, forced displacement and besiegement. […]

The death toll in Syria on Thursday 05/01/2017 reached 25 deaths including four children, three women, and one killed under torture. In rural Damascus, seven civilians were killed; five in shelling on the towns of Wadi Barda, Awtaya and Harsta, one shot by a Hezboallah sniper in Madaya, and another from the town of […]

The death toll in Syria on Friday 16/09/2016 reached 28 deaths including two children and three women. Aleppo witnessed the killings of 12 civilians; 10 in shelling on the town of Maskana, Deir Hafir and al-Atarib, one found killed at the hands of unknown assailants, and one in a mine explosion remnants of ISIS in […]