You are here: Home / Archives for guided missile

Five civilians were killed by a guided missile fired by the Syrian regime forces targeting an agricultural tractor and a civilian vehicle in Elzaqum village, in Al-Ghab Plain in the northern Hama countryside on Saturday 12-26-2020. Names of the victims: 1- Ahmed Abboud Al-Sheikh 2- Munif Abboud Al-Sheikh 3- Abboud Munif Al Sheikh 4- […]

SHRC documented 11 victims in Syria today, including two children and one person that died under torture. Eight were killed in the province of Deir ez-Zor, including four that were killed by Global Alliance bombing on the town of ash-Sha’fa, two that perished in a motorcycle explosion (the motorcycle was parked near the arch […] 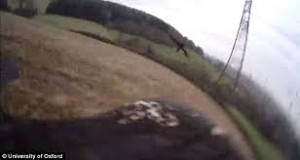 guided missile  In Aleppo province 5 people were killed amongst them 2 whose car was targeted by guided missile in al-Mallah area, 2 while dismantling mines planted by the Kurdish militia in Afrin and 1 died affected by his wounds due to targeting civil defence centre at ah-Hader area in the province suburban area where […]

The death toll in Syria on Tuesday 15/11/2016 reached 49 deaths including nine children and three women. Aleppo witnessed the killings of 24 civilians; 13 in shelling on al-Firdaws and al-Salheen neighbourhoods and the towns of Kafr Naha and Aweejal, six in a mine explosion remnants of ISIS on the outskirts of al-Baab and […]

The death toll in Syria on Monday 27/04/2015 reached 60 deaths including, eight children, five women and one killed under torture. In the capital Damascus and its suburbs, six civilians were killed; one in clashes with ISIS, two in clashes with government forces, one under torture in government prisons and two as a result of […]

The death toll in Syria on Wednesday 15/04/2015 reached 48 deaths including, 14 children, three women and two killed under torture. In the capital Damascus and its suburbs, 19 civilians were killed; 11 in shelling on Zabdeen in rural Damascus (among them five children) and three shot by a government sniper. Furthermore, two were killed […]

The total death toll in Syria on Friday 16/1/2015 reached 20 deaths including five children a woman, three killed under torture and one due to the cold weather. In the capital Damascus and its suburbs nine were killed; six in shelling on Douma and al-Deir Khabiya among them a mother and her three children, two […]

The total death toll in Syria on 8/01/2015 reached 11 deaths including three children. In Aleppo four civilians were killed; a child due to shelling on the town of Hayan in the suburbs, a three month old baby girl died due to the severe cold weather, one was shot by a regime sniper and another […]