You are here: Home / Archives for explosive barrel

The death toll in Syria on Tuesday 02/05/2017 reached 46 deaths including nine children and a woman. In Hama, nine civilians were killed; six in explosive barrel bombing on al-Latamina, and three in clashes with government forces. Furthermore, 10 died in Al-Hassaka; four civilians as a result of clashes between ISIS an the Syrian […] 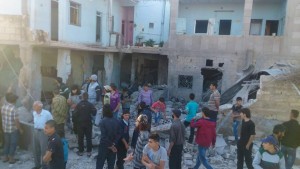 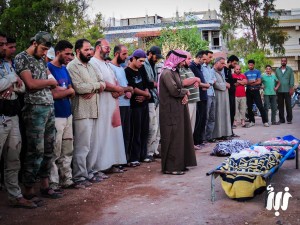 Helicopters released two barrels on the village of Al-Teeba in the eastern Daraa countryside, leading to the death of five civilians, of whom four have been named: 1- Raneem Adil Qteifan 2- Mohamed Khair Ammar Qteifan 3- Easa Ammar Qteifan 4- Haneen Easa Qteifan 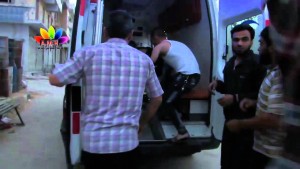 An explosive barrel fell on the Al-Halak district in Aleppo at the time of the breaking of the fast, on the tenth day of Ramadan. At least seven people – all members of the same family- were killed. The operation to search for the victims is ongoing. Among the names of victims identified: Israa al-Ibrahim […] 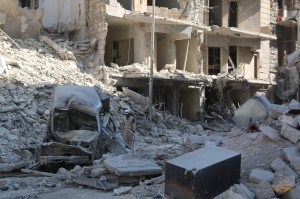 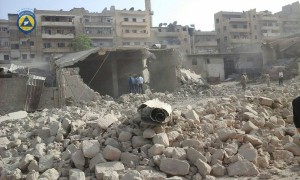 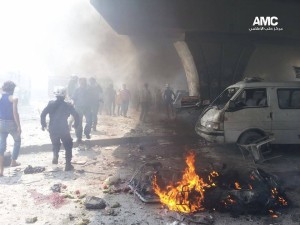 The dropping of an explosive barrel by helicopters at Jisr al-Haj in Aleppo today has led to the death of at least 3o civilians, and left tens injured. 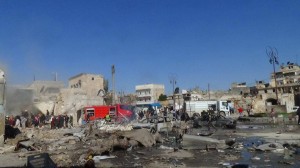 An explosive barrel released by a helicopter on Qadi Askar in Aleppo has killed at least 20 civilians, and left tens injured. The barrel fell on the busiest area of the neighbourhood, initiating fires and destroying a large number of shops, houses and cars. Victims identified till the hour include Mohammed Nayef Muath (45 years), […] 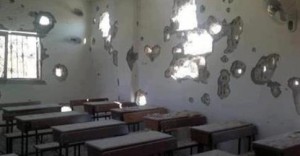 The explosive barrel bomb launched by a Syrian Army aviation plane on a school in the village of Tal Lilan in rural Al-Hassaka, resulted in the killing of at least 20 children. The village is under control of the pro-regime PKK, which makes the targeting of the school one of the rare cases, where the […]