You are here: Home / Archives for disappearance 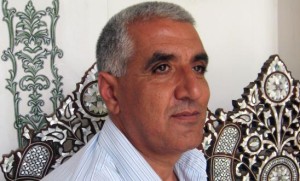 Today marks the third anniversary on the disappearance of lawyer Khaleel Ma’touq and his colleague Mohammed Dhadha, with no information on their fates being known during this period. Ma’touq and Dhadha were stopped on 2/10/2012 at a security checkpoint in the Sahnaya district of Damascus. Since then their whereabouts are unknown, and the Syrian authorities […]