You are here: Home / Archives for Directorate of Civil Register 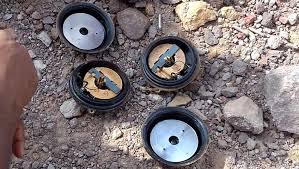 A man was killed by the explosion of a guided mine in Dar Azzah The total number of victims we were able to document in Syria on Friday, 27-7-2018, reached 38 including one woman and 33 people who died under torture. In the province of Rif Dimashq , 32 people died under torture, 31 of them […]