You are here: Home / Archives for demographical alterations 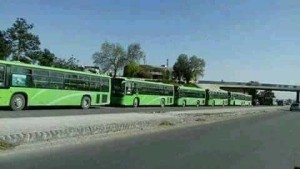 The military operations carried out by the Syrian regime and its backing foreign allies in the Eastern Ghouta have led to the displacement of some 50,000 people since March 11, 2018, according to UN estimates. The process of systematic displacement continued on the basis of the agreements reached between the armed factions controlling the various […]