You are here: Home / Archives for deaths 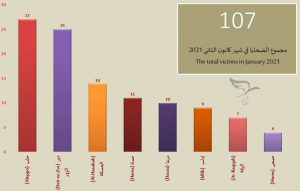 The Syrian Human Rights Committee (SHRC) documented the killing of (107) people in Syria during the month of January 2021, among them: (31) children, (4) women, and (3) people who were killed under torture. The Syrian regime forces were responsible for killing (13) people, while both the Turkish border guards (the Gendarmerie) and the Syrian […] 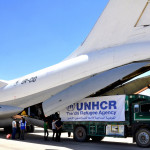 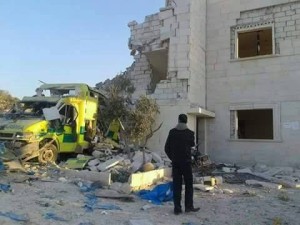 War planes targeted the town of Tarmanin in rural Idlib with four air strikes, killing five people and injuring several others. One of the air strikes targeted a birthing and children’s hospital (Shafaq Hospital). Great material damage was caused to the building and a member of the paramedics team was killed. A member of the […]

The Syrian Human Rights Committee (SHRC) documented the killing of 1964 people during August 2016, the majority of whom were killed by Russian and Syrian regime bombing. Russian war planes were responsible for the death of 180 people, whilst Turkish war planes killed 24 and war planes of the International Alliance killed nine people. ISIS […]

The Syrian Human Rights Committee (SHRC) documented the killing of 176 people during the days of Eid al-Fitr- a celebration which lasted from Wednesday until Friday evening. Among the victims, 37 were children and 16 were women. Sixty percent of the victims were from the province of Aleppo- in which 107 were killed- followed by […] 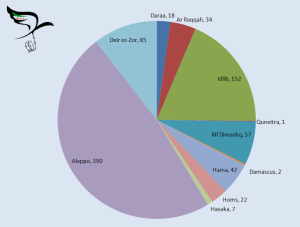 The Syrian Human Rights Committee (SHRC) has documented the killing of 810 people during the first half of the current month of Ramadan, the majority of whom were killed in bombing by Russian and Syrian regime war planes. This is in addition to clashes between battalions of the armed opposition, ISIS and the Syrian regime. […] 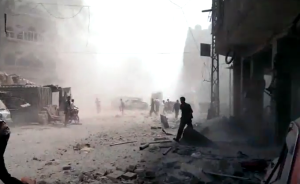 The popular market of Douma was subjected to a number of air strikes by war planes with the use of vacuum missiles, killing approximately 100 people (until now) and leaving dozens injured. This massacre follows four days of incessant targeting of the market- the city of Douma witnessed a large massacre on 12/8/2015 when the […]