You are here: Home / Archives for car explosion 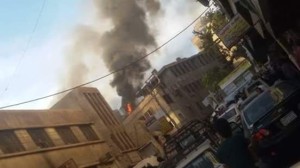 A car explosion took place in the area of al-Saraya, which lies in the centre of al-Tal, a city in rural Damascus. The explosion killed two people and left dozens injured. One of the victims was identified as Saleem al-Khattab, from among the displaced families of Homs that sought refuge in the city. Al-Tal has […] 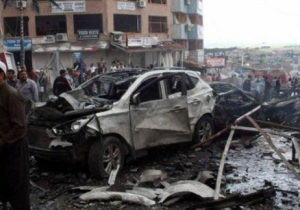 A car exploded in Al-Zahraa neighbourhood in Homs- a district whose residents are mostly loyal to the regime- leading to the death of a child called George Ilyas, and injuring 21 others, according to regime sources. The car was left in a commercial street in front of a business owned by a Christian man. ISIS […]

The death toll in Syria on Sunday 26/07/2015 reached 23 deaths including two children, three women and five killed under torture. In Daraa, seven civilians were killed; three in shelling, two in clashes with government forces and two under torture. Deir Azzour witnessed the killings of four civilians, executed at the hands of ISIS […] 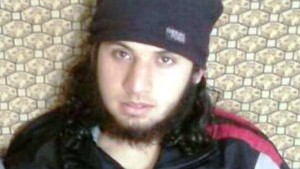 ISIS carried out two explosions in the city of Maari’ today, killing at least 15 people, and leaving tens injured. The first explosion took place when a suicide bomber, identified by ISIS as Jarrah al-Ansari targeted a group of worshippers praying the sunset prayers. The second explosion took place in the village of Hoor Kalis […]

The death toll in Syria on Monday 30/03/2015 reached 103 deaths, including 18 children, 17 women and 50 killed under torture, 23 identified through leaked photographs and seven women killed in detention units. A staggering 44 civilians were killed in Damascus and its suburbs; one in shelling, another as a result of a mortar shell […] 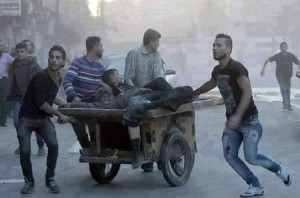 Two explosions took place amidst the Nowruz celebrations in al-Mafti neighbourhood (Al-Hassaka), which led to approximately 40 deaths and injured dozens of others. The first explosion was a car bomb explosion, while the second a motorcycle explosion. It is believed that a suicide bomber caused at least one of the explosions. No party has yet […]

The total death toll in Syria on Wednesday 21/1/2015 reached 50 deaths including seven children, nine women and two due to the cold weather. In the capital Damascus and its suburbs 14 were killed; 11 in shelling on the cities of Douma, Dariya and Hamuriya, among the victims were two women and four children. A […]

The total death toll in Syria on Sunday 4/1/2015 reached 17 deaths including a woman. The city of Douma (rural Damascus) witnessed several air raids and missile strikes which led to destruction at the Grand Mosque, also a car bomb explosion coincided with the aerial bombardment, where three civilians were killed. In addition a civilian […]

The total death toll in Syria on Sunday 28/12/2014 reached 32 deaths including seven children, a woman and three under torture. In the capital Damascus and its suburbs 13 were killed; seven in explosive barrel bombing, four in clashes with government forces, one shot by a regime sniper and one under torture in government prisons. […]