You are here: Home / Archives for car bomb explosions 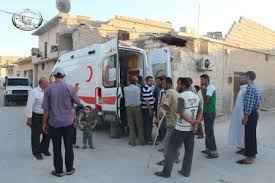 A car bomb exploded today early morning (Saturday 7th July) in the surrounding of a medical centre in Jarablus that led to the injury of 18 people in their houses, in addition to the material damages of the nearby houses. The popular market in the Jarablus , known as the Bazar, witnessed last Thursday also […]

The death toll in Syria on Friday 24/02/2017 reached 96 deaths including seven children and two women. Aleppo witnessed the killings of 76 civilians; 60 in two car bomb explosions in the town of Susiyan (rural Aleppo), 11 in mine explosions remnants of ISIS in al-Baab, and two in clashes with government forces. In […] 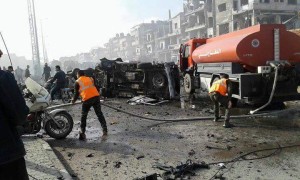 The al-Zahra district of Homs city, which lies under Syrian regime control, witnessed a car explosion today killing approximately 50 people. The explosion took place close to the “Armaan District Entrance” on al-Siteen Street, and according to Syrian regime sources, was the result of two car bombs which exploded one after the other. The district […]