You are here: Home / Archives for barrel bombing 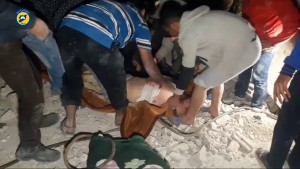 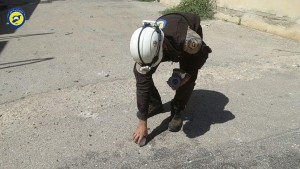 Since Thursday morning, helicopters and war planes have continued their assault on the eastern part of Aleppo city and rural areas which fall under opposition control. The assault has included the use of barrel bombs, vacuum missiles, phosphorous bombs and cluster bombs. The bombing targeted the districts of al-Saliheen, al-Sukari, Karam al-Tawab, Ba’ideen, Qadi ‘Askar, […] 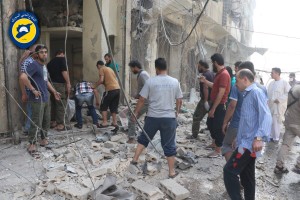 Aleppo has witnessed intense bombing by helicopters and war planes, killing over 25 people and leaving over 60 injured, until this moment. Approximately 50 air strikes were documented to have targeted the districts of al-Ma’adi, al-Sukari, al-Castillo, al-Firdaws, Jisr al-Haj, Salahidin, and al-Saliheen. Barrel bombing on al-Ma’adi killed four people, whilst eight were killed in […] 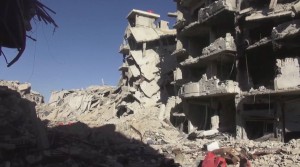 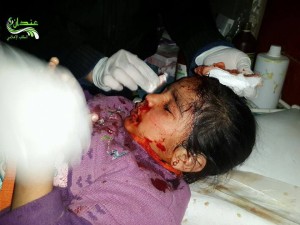 Hayaan (rural Aleppo) was targeted by helicopters which dropped barrel bombs on the town, killing two people and injuring ten others. The victims are: Marwan Abdul Kareem Da’bool, an officer of the Civil Defence in the city, and his brother Ahmed Abdul Kareem Da’bool. 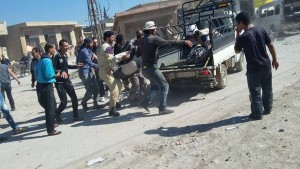 The total death toll in Syria on Wednesday 29/10/2014 reached 23 deaths including three children, a woman and one killed under torture. In the capital Damascus and its suburbs eight civilians were killed; four in clashes with government forces, two by regime snipers, a woman due to shelling and one was executed by unknown assailants. […]