You are here: Home / Archives for august 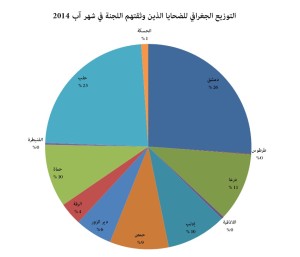 SHRC documented the killing of 2012 civilians during the month of August 2014, some of whom were killed by the arbitrary bombing carried out by warplanes and tanks of the Syrian regime, as well as clashes between regime forces, opposition forces and ISIS, in addition to victims of starvation or those who have no access […]