You are here: Home / Archives for apostasy 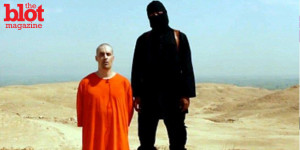 ISIS brutal execution The number of victims SHRC managed to document in Syria on Saturday 16-6-2018 reached 3 people, amongst them 1 child. In Aleppo province a man was killed by a landmine explosion planted and left by the Kurdish militia in a graveyard near Sinko village in Afrin suburbs. In deir ez-Zor  province a […]