You are here: Home / Archives for adnan qassar 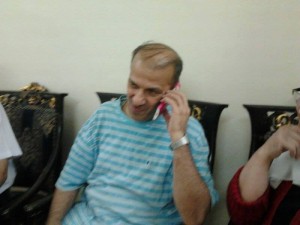 The Syrian authorities have released the horseman Adnan Qassar, who had been detained in Syrian prisons for the last 21 years. Qassar was arrested in 1993 after he won against Bassel al-Assad, Bashar al-Assad’s brother, in a horse race in which Bassel would usually come first, and Adnan Qassar would be presented as a professional […]