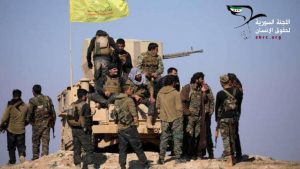 Today, Friday, January 20, 2023, the Syrian Democratic Forces (SDF) bombed residential neighbourhoods in the city of Azaz in the northern countryside of Aleppo, with artillery, injuring 8 civilians, including 3 children and a woman, some of them seriously injured. Civil Defence team rushed them to local hospitals to receive the necessary treatment.

Names of the injured: