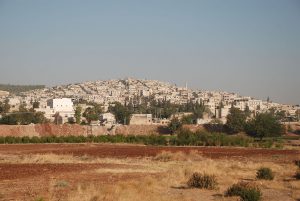 Injuries by SDF shelling on Afrin

Several casualties occurred today, Friday, due to the missile strikes by the Syrian Democratic Forces (SDF), as several missiles landed on Al-Filat Street in the city of Afrin, northwest of Aleppo countryside.

Local sources reported that there were four civilian casualties as a preliminary outcome.