You are here: Home / uncategorized / 110 people Killed in July 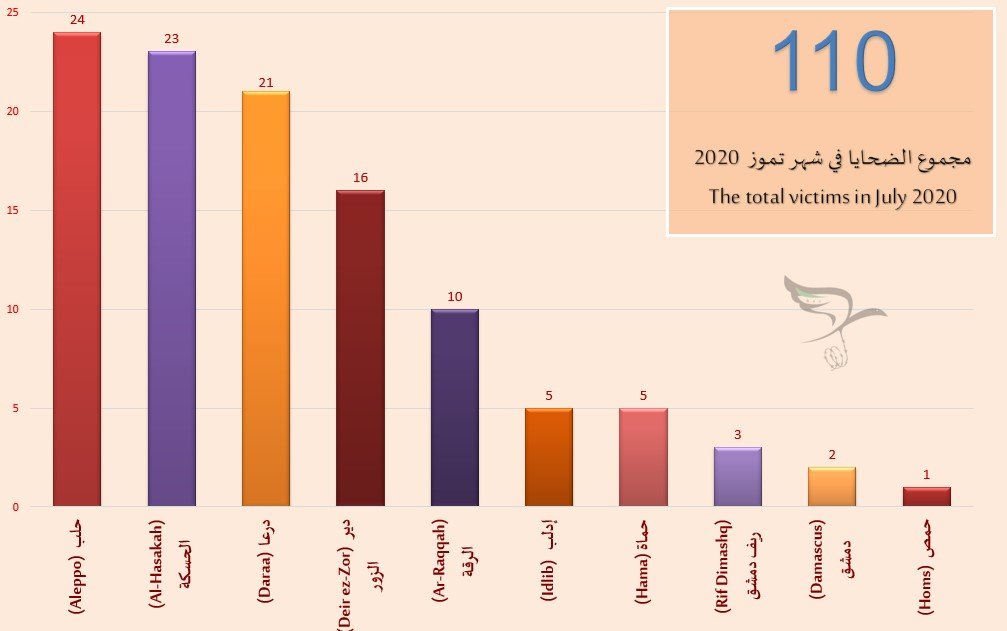 The Syrian Human Rights Committee (SHRC) in Syria has documented the killing of (110) people during the month of July 2020, including (23) children, (5) women, and (17) people who were killed under torture.

SHRC has documented the killing of (44) people due the detonation of explosive devices and booby traps, (24) people who were assassinated by unknown persons, and (10) people who were killed by the explosion of landmines.

The total number of victims in Al-Raqqa Province was (10), in Hama and Idlib provinces (5) each, in Rif Dimashq (3),  in the capital, Damascus (2), and one person in the province of Homs.