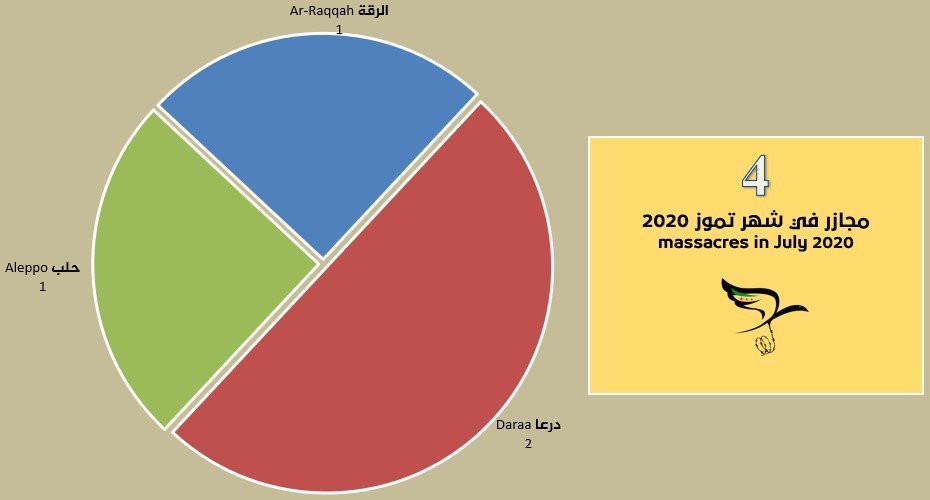 The Syrian Human Rights Committee (SHRC) has documented the perpetration of four massacres in Syria during the month of July 2020. Two massacres took place in Daraa province, while the other two massacres occurred in the provinces of al-Raqqa and Aleppo.

It was not known who was responsible for the four massacres, as the al-Raqqa and Aleppo massacres occurred due to car bombs of unknown source, while the Daraa massacres were committed by shooting by unidentified gunmen

The unknown perpetrators topped the list for the last fourth months in a row.