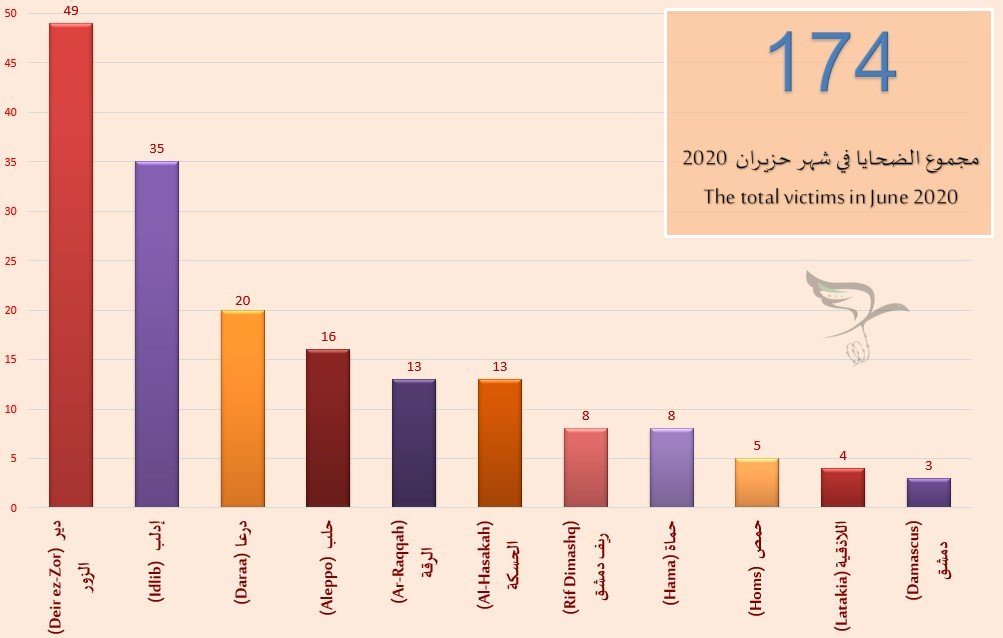 The Syrian Human Rights Committee (SHRC) in Syria has documented the killing of (174) people during the month of June 2020, including (15) children and (4) women, and (90) people who were killed under torture, most of whom were identified through photos that Caesar leaked.

SHRC has documented the death of 25 persons as a result of the explosion of explosive devices and booby traps, 23 people were assassinated by unknown persons, and 3 persons were killed by the explosion of landmines.