You are here: Home / Editors choice / Three Massacres in June 2020 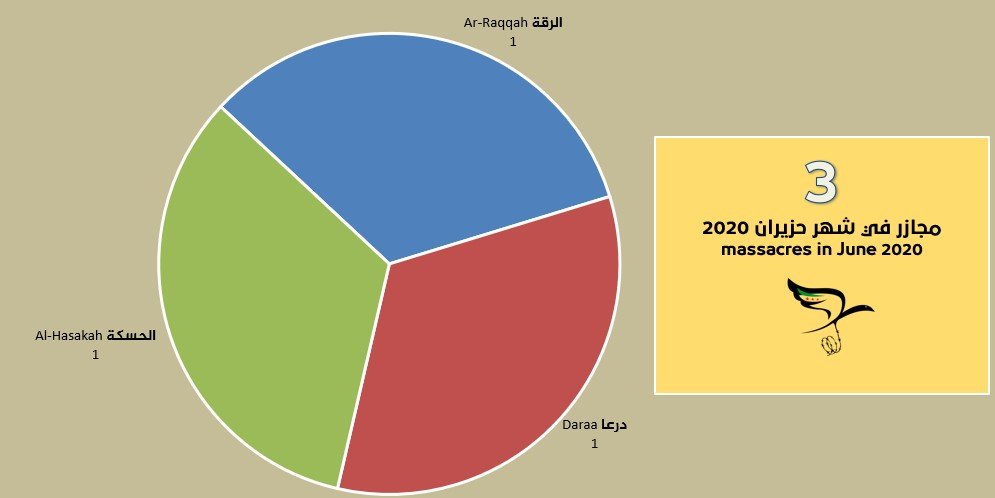 The Syrian Human Rights Committee (SHRC) has documented three massacres in Syria in the month of June which occurred in the provinces of al-Hasakah, al-Raqqa and Daraa.

All of them were committed by unknown perpetrators. Two massacres occurred due to unknown source explosions, while the third massacre was committed by unidentified gunmen.