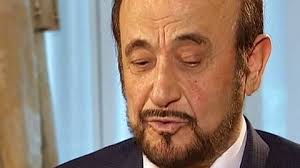 Rifaat al-Assad, who was sentenced to four years in prison by the French judiciary for the embezzlement of public funds, tax evasion and money laundering, retains the highest French order of merit that is the Legion of Honour.

The Syrian Human Rights Committee (SHRC) calls upon the President of the Republic France, Mr. Emmanuel Macron, to withdraw Rifaat al-Assad’s Legion of Honour from him.

Rifaat al-Assad has committed heinous atrocities and crimes against humanity against the Syrian people, such as the perpetrating the Tadmur Prison Massacre where almost 1000 political prisoners were killed on 27th June 1980, and the Hama Massacre where at least 40,000 Syrian civilians were slaughtered on February 1982 in the city of Hama.

SHRC reiterates its call to the President of the Republic of France and Grand Chancellor of the Order of the Legion, as retaining this honorary is an insult to the thousands of victims that have either been killed, or have suffered due to Rifaat al-Assad’s crimes against humanity.