You are here: Home / Editors choice / SHRC records one massacre in May 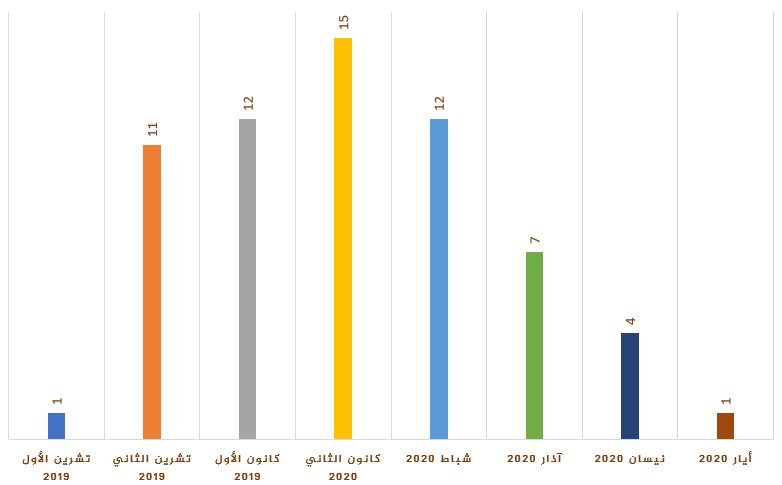 The Syrian Human Rights Committee (SHRC) has documented one massacre in Syria during the month of May, and which occurred due to an unknown landmine explosion on 27 May in a vehicle carrying civilians near Al-Mestriha village in the northern countryside of al-Raqqa Governorate, killing 5 People.

So, the month of May records the lowest number of massacres during a period of seven months, where the average massacres during the past six months was approximately 10 massacres per month, while October recorded the same massacre as well.