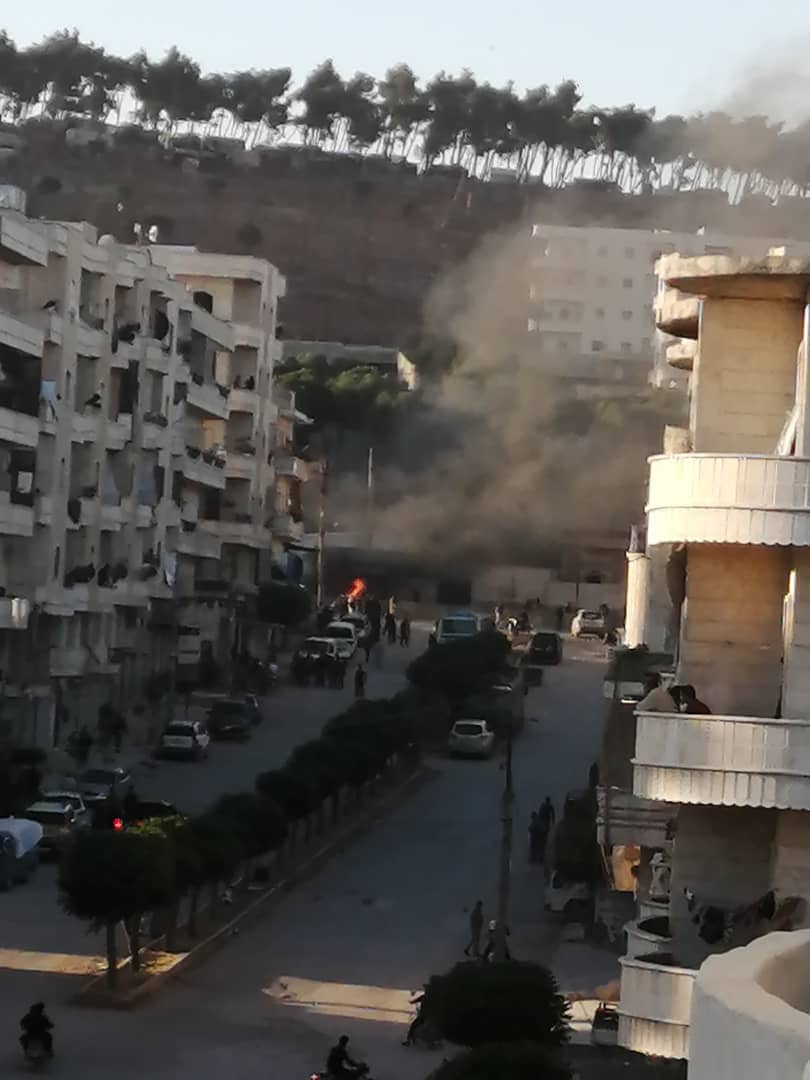 The city of Afrin in the countryside of Aleppo witnessed an assault on civilian property by members of an armed faction, killing one person and wounding a child who died later.

Elements of Hamza Division (known as Al-Hamzat) had, at about five in the afternoon, on Thursday 28/2020, entered a supermarket own by a Damascene person, on Rajo Street in the Mahmudiyah district, which is located in front of the division’s headquarters. One of the elements took some goods without paying for it, which has caused argument with the cashier.

This position resulted in throwing a bomb inside the store and shooting by the Hamzat element, wounding several people, including the child Moaz Abdullah, a displaced from Ma`rat al-Numan with a shrapnel in his head, and the child later died.

The supermarket owner, Jalal al-Zaghloul, an East Ghouta displaced from Arbin, who lives near the shop, was alerted by the gunfire at his shop, so he left his house with a Kalashnikov machine gun, and he chased the fleeing assailants towards their headquarters, but one of them shot him dead halfway the headquarters of the division.

Consequently, elements descending from Ghuta, most of them from al-Islam Army faction, stormed the headquarters of Al-Hamzat division, released Kurdish women held inside, and burned it.

The victim, Jalal al-Zaghloul, was buried on Friday, May 29, 2020, and his funeral was turned into a demonstration against Al-Hamzat Division.