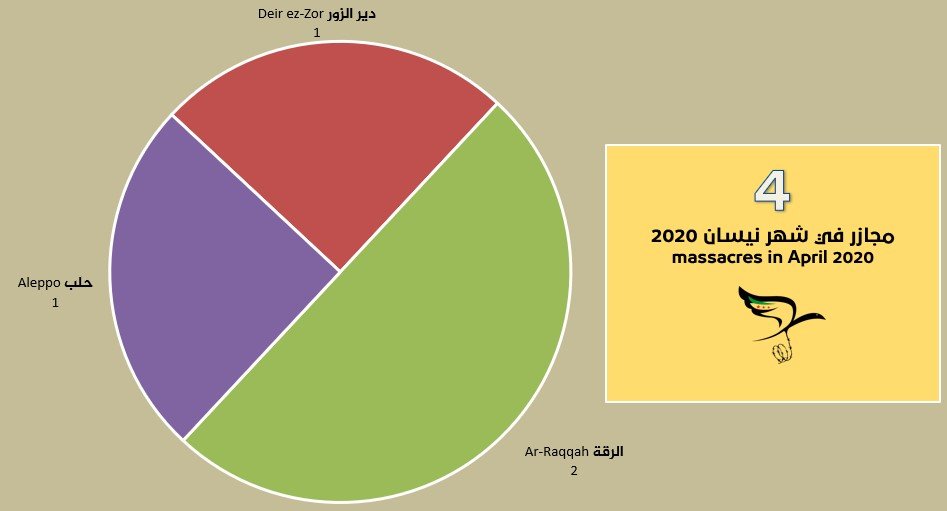 The Syrian Human Rights Committee documented the perpetration of four massacres in April, the lowest number of massacres in Syria since October 2019.

Three of these massacres were signed by unidentified parties, while the regime forces committed one massacre.